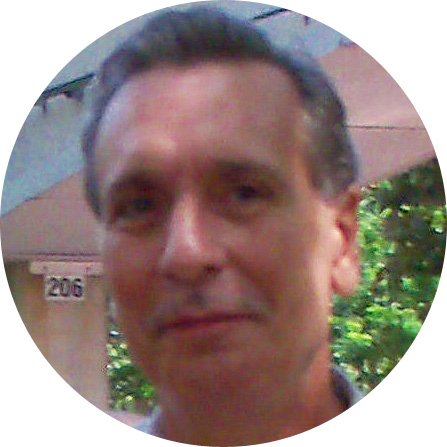 Anthony Devito is no stranger to market analysis software. During our interview, he weighed in on the 1004MC's flaws, how some software makes them worse, and why he prefers Titan Analytics over the competition.

You mentioned that Titan Analytics is a good time saver. Do you have an idea of how much time you're actually saving with it?

Anthony: First of all, there’s the time saved just on the integration. I tried a competitor’s software for a while, and I found a la mode to be much better.

The competing products’ MLS export isn’t complete because it goes by what the individual associations want. Most associations, when they first started out, didn’t want listing dates to be available – and that’s because, you know, it’s a sales thing. If they’re emailing comps to a potential buyer and it says something like “On the market for 205 days,” they think, “Oh, I wonder why? Something's wrong.”

Now they list the days on market on the listing pages and so forth, but the listing date entry is not something they’ll release, so you can't find that in the export. And competitors’ products, of course, abide by every individual MLS as far as what they release -- they only rely on that list date, and that's why it's so inaccurate.

Until Titan Analytics, I’ve had to rely on the MLS export and a custom spreadsheet that I had to create myself, which was a pain. Not to mention, that it’s been a while since I’ve been very conversant with Excel. There are so many calculations that you have to do, so many fields that you have to fill and cross calculate in order to get the results that you want. And even then, you have to go through and refine it.

That process alone was taking me twenty, thirty minutes sometimes refining incomplete data. And really, that’s the time Titan Analytics is saving me now -- twenty minutes or so.

What about the other analytics software you’ve tried?

Anthony: None of them work as well as Titan Analytics does, especially since the support at a la mode is terrific. Everybody is very courteous and they’ll spend time with you to make sure you’re helped. But using a product that is created by a la mode, as a TOTAL user, is a terrific benefit. We have the direct support from people who really know TOTAL and who also know Titan Analytics. You can’t say that about the competition.

Plus, if you look at the other products out there, the cost is much greater. Titan Analytics is just a flat $199 a year, rather than the $5 per report you see with other products. And appraisers do a lot more than forty reports a year. So, for just the average appraiser, the cost of Titan Analytics is probably one-fifth, or safely, I would say one-fourth of what else is out there.

So, it's the cost savings versus the competition, it's the integration into TOTAL, plus the integration of the technical support between a la mode and Titan Analytics, since they’re both supported by the same company. You know you’re getting a very high-quality product. And the time savings -- twenty minutes is a lot of time.

What are some of your favorite features in Titan Analytics?

Anthony: Some other analytics software pulls up all kinds of charts if you want. They're not good. Because they’re based on total market data, they’re not based on your comps. And that's what FHA wants and what the MC form is about. They want comps for the subject, they don't want you to include a million-dollar home with the two hundred thousand dollar homes. You don’t do that. And some other programs are good with that, but the graphs and things are not nearly as extensive or nearly as accurate as what you get with Titan Analytics. It does it better and quicker than the competition, and I don't have to go in and shmooze the data.

There's a couple things you have to change in the report sometimes with other programs. For instance, every once in a while, a property is listed for, let’s say, $300k, and it's sold for $275k. So instead of putting $275k in there, they'll put $300k. You find little things like that once in a while. Of course, you know if you'll have to tweak something just by looking at the data that you're going to export. If you want to change a backup listing, for instance, it's like putting a property on hold. They'll call it a backup, but it’s truly a listing. Often times we’ll want to use those backups in our reports as listings.

Titan Analytics takes a lot of different things into account and addresses problems that you might have — like matching things or calculating missing data. For instance, the list data that the MLSs don't release, Titan Analytics calculates automatically.

What would you say to appraisers who like the idea of Titan Analytics, but haven’t tried it?

Anthony: You know, a lot of people, myself included, tend to jump into things and not read the directions. Titan Analytics is simple to use and the instructions for getting started are easy to grasp. Once they set it up once, they’re done. I think for me the trickiest part was exporting the data from my MLS, but a la mode did a good job providing instructions for how to do it. If they can get over that hump and be patient learning the software, they’ll really like it.

In closing, I would recommend Titan Analytics to any appraiser. I think it would be a benefit to anyone using TOTAL or anyone considering switching from another appraisal software.

Automatically calculated listing date and days on market, “accurate” and “extensive” charts, a la mode's “terrific” tech support... Anthony laid out what the competitors are missing and why he sticks with Titan Analytics – and we couldn’t agree more.